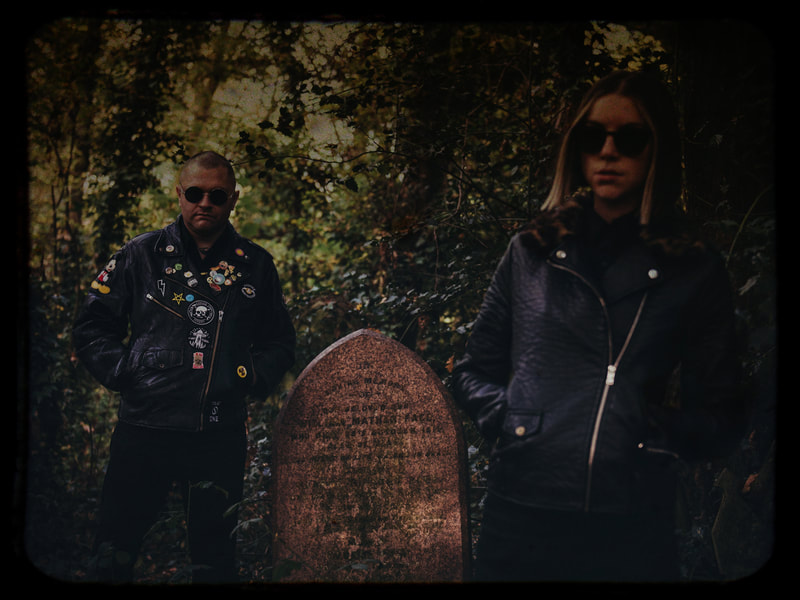 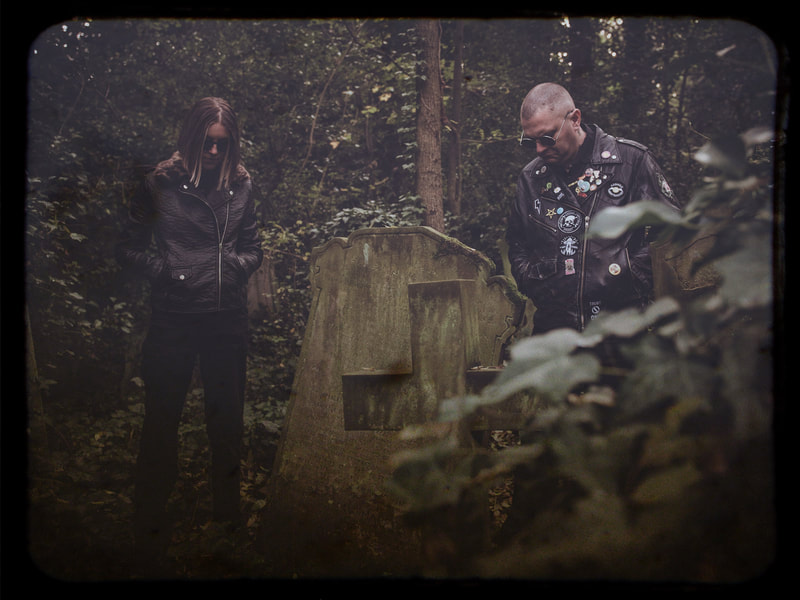 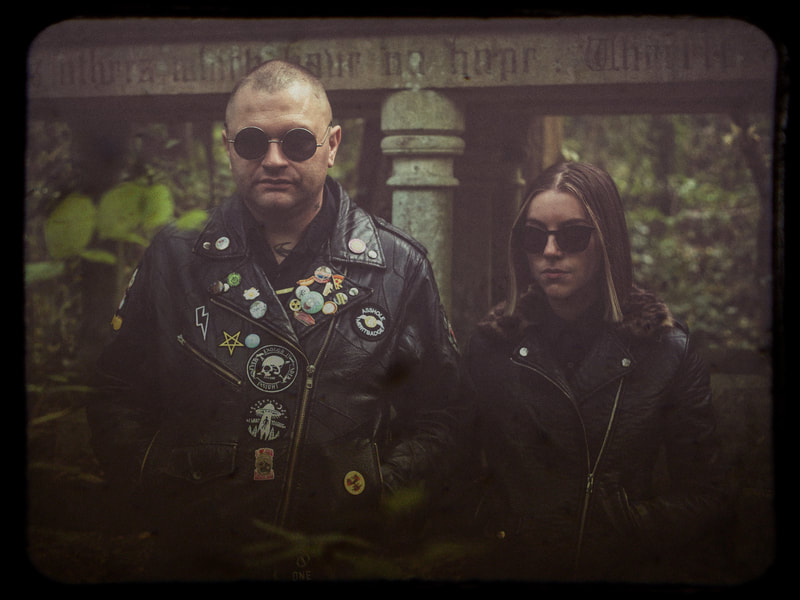 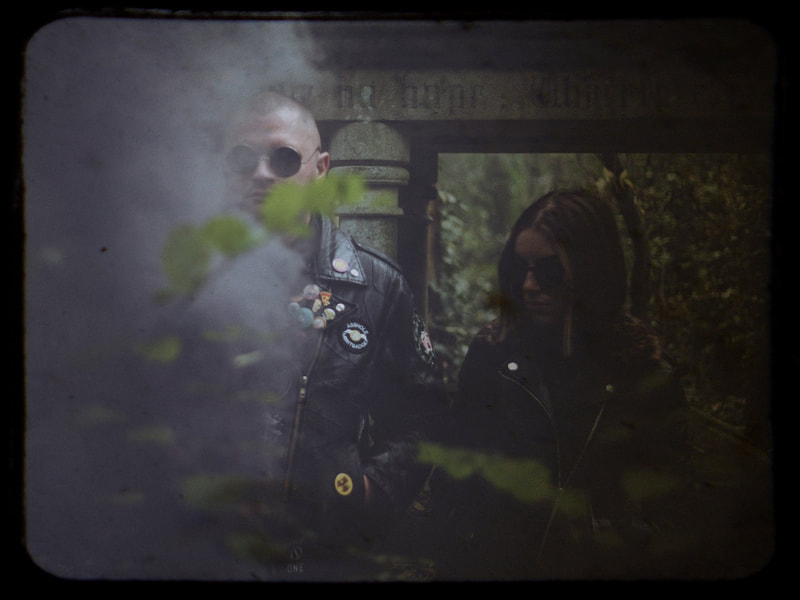 Snakerattlers is comprised of married couple Dan and Naomi. It was created in 2016, as a replacement for Dan and Naomi's previous band; The Franceens. The music created by Snakerattlers is ruthless, incendiary and extremely kinetic. The music is delivered via a brutal sonic assault; a highly volatile and interactive live show. Blasting, primal drums that sound like heavy cannon fire. Cranked-up, white knuckle guitar abuse, and howled vocals.

Since it's inception, Snakerattlers has played hundreds of gigs, touring all over England and mainland Europe. It's primary focus always was and always will be performing as a live band - this is the best way to experience the immediate raw fury of Snakerattlers.

The band has released 3 studio albums:
"This Is Rattlerock" (2017 - Moon Skull Records)
"All Heads Will Roll" (2019 - Dirty Water Records)
"The Left Hand Path" (2022 - Media Control Records)
All of these are available in physical format - visit the shop page. Some tracks are also available to stream/download.

Snakerattlers are signed to Wipeout Music Publishing, which has secured the band multiple airplay and playlist opportunities. The Snakerattlers track "Ooga Booga" was featured in an episode of the American version of Shameless, which is now on Netflix.

Snakerattlers are proud Satanists and don't consider themselves to be part of the human race. They see the human race as parasitic and full of horrors, so they choose not to be a part of it. They identify as non-human entities. Just like the music they create, Snakerattlers are uncompromising when it comes to their beliefs. Their views upon the world and life in general can be found within the lyrics of their works, which are often blunt and about as subtle as a brick through a window.

Music is very much how Dan and Naomi connect. A couple, who became eternally bonded, when they married on the same stage where they played their first gig as Snakerattlers. They had absolutely no idea that it would lead them on such a fascinating journey, which is still ongoing today. Snakerattlers will only come to an end when one (or both) of them dies.